If you’re wondering how I’m doing this from Los Angeles and Seattle, go back and read my kickoff report. If not, lets get into what I’m seeing: 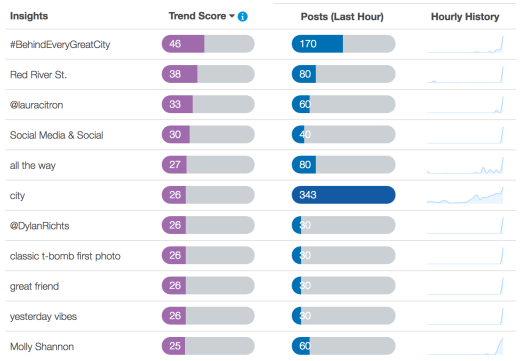 Behind Every Great City…

Is women. Capital Factory, a coworking/incubator in Austin hosted a panel featuring Sadiq Khan, Mayor of London, Laura Citron of London Partners and others to discuss the power of gender equality and inclusion in tech using London as a case study. The session was an extension of Mayor Khan’s campaign to drive gender equality in London, #BehindEveryGreatCity.

For once, I don’t have anything sassy to say. This panel sounded awesome and this guy is killing it. I can’t wait to go back and watch his keynote.

Elon’s last minute Q&A at the Moody theater sold up (because this is SX duh) and instead of attendees thinking about how to help the homeless, or find racial and gender equality they were quick to ask “Elon, how can the average person help you get to Mars?” to which Elon said “Don’t worry I got this.” Yeah man you’re like super rich, you’re on this Mars thing on your own. Anyways, ole Musky said we’ll be ready for short space travel trips by 2019 (Engadget). So far all of you Earthlings that have given up on the shit storm we call home and are ready to colonize Mars, its coming sooner than you think.

Open Meals , a food innovation team debuted 3-D printed 8-bit sushi that you can eat. Apparently it tastes like trash, but people will do anything for the gram. Like any good food trend, no one really gives a shit how it tastes as long as it looks good.